This award is endowed with the interest from a grant by Stephen A. Freeman of Middlebury College. It has been awarded since 1968 at the discretion of the Board of Directors to recognize the best published article on teaching techniques to have appeared in a professional journal during the preceding year. 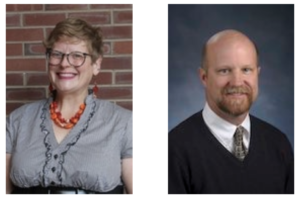 From Robert Terry, who recommended the article: This well-researched, well-organized, and well-written article cogently addresses several serious issues concerning the edTPA assessment of beginning teacher effectiveness and its impact on world language teaching and learning. Although the article is an empirical study of two individual teacher preparation programs, the information that it cites and the questions that it raises reflect an alarming national and not local trend. In this period in which there is a severe teacher shortage, especially in world languages, the steady growth in the use of the high-stakes performance assessment edTPA and its inclusion in over 800 educator preparation programs in 41 states and the District of Columbia is causing great concern and worry over the effective assessment of teacher quality and not just teacher effectiveness. Susan Hildebrandt and Pete Swanson have certainly sounded the alarm.