The Nelson H. Brooks Award for Outstanding Leadership in the Profession

The Nelson H. Brooks Leadership Award honors a passionate leader who has made significant contributions to the world language community layered from the local, state, regional and/or national levels. Applicants’ dossiers include evidence of their dedication, influence, and collaboration in service to language learning, language learners, and language educators.The Northeast Conference Board of Directors has honored a member of the profession for distinguished service and leadership since 1968. In 1978 the award was renamed in honor of Nelson H. Brooks, who, through his work and publications about the importance of culture in the world language classroom, dramatically influenced second language instruction. 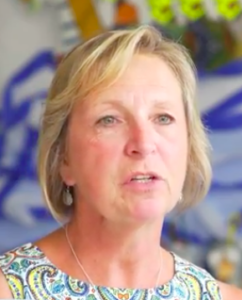 Rita A. Oleksak has been the Director of World Languages/ELL for the Glastonbury Public Schools for 16 years where they recently celebrated more than 60 years of teaching Russian. In 2017 Glastonbury received the ACTFL Melba D. Woodruff award for excellence in elementary world language programming which coincided with a celebration of 60 years of elementary Spanish in the district. Rita oversees a staff of 60 world language teachers and ELL tutors and is responsible for hiring and direct supervision. Her work focuses on building target language proficiency across the modes of communication in a grade 1-12 thematically focused program. The backwards design model incorporates Essential Questions throughout an articulated and sequential program. In 2009, Glastonbury was named one of the first 20 Confucius Classroom cohorts. Glastonbury has been funded for fourteen STARTALK summer programs including Arabic, Chinese and Russian for teacher trainees and students. Rita has served on various STARTALK Task Forces and has been a site visitor. She recently completed her term as president of JNCL-NCLIS, the national lobbying organization for the Language Enterprise. Additionally, Rita recently completed a two year term serving on the new Committee for K-16 Academic Alliances for the Modern Language Association (MLA). She is past president of the National Network for Early Language Learning (NNELL) as well as The National Association of District Supervisors of Foreign Languages (NADSFL) and The American Council on the Teaching of Foreign Languages (ACTFL). As president of ACTFL, Rita had the honor of addressing a Senate Sub Committee to present ten legislative priorities for language learning in the United States. She is also past president of the Massachusetts Foreign Language Association (MaFLA) and former co-chair of the K-16 Foreign Language Teachers of Western Massachusetts Collaborative. She served as one of the original organizing partners of the LILL Leadership Team and continues to work in the area of mentorship.. Rita received the Massachusetts Distinguished Service award in 2010 and CTCOLT Pegasus Pride award in 2011. In 2013, Rita was awarded the NADSFL – Pearson Supervisor of the Year Award and in 2015, she received the ACTFL Florence Steiner Award for Leadership in Foreign Language Education K-12.